Learn the most effective ways to register your company in Bahrain. Go through our service portfolio that proves to be beneficial for business set-up in Bahrain.

A group of Islands in the Persian Gulf form the Kingdom of Bahrain. The parliamentary constitution in the country is led by the King His Highness Hamad Bin Isa Al Khalifa. From about the last century oil and gas has been the major pillar of the country’s economy. However, recently the government has updated the financial strategy by encouraging foreign investments in other sectors such as petrochemicals, refining of aluminium, shipbuilding in ship maintenance and so on.

Bahrain attracts foreign investors. However, being an entrepreneur, it is vital to understand the Corporate Law in the country. We would work closely with you availing the Company formation services. During our impressive presence of over two decades in Bahrain, we have helped hundreds of corporate clients to start their business operations in a hassle-free manner.

We analyze your business goals, and according to the nature of business proposed and capital investment, we help you to set-up your business and balance through the following steps: 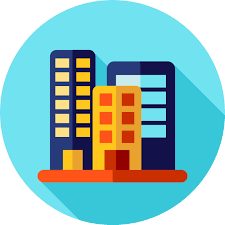 Our experienced professionals would help you to select the proper business model, considering the allowed business structures in the country, suitable for your requirements. Our team will complete all the procedures for your business setup and help you to launch your business in Bahrain as soon as possible.

We offer wide-ranging company registration services, ensuring timely completion of registration of your business for different taxes applicable. Similarly, our team of professionals represents you to acquire all necessary licenses from the local, regional and national authorities.

As a comprehensive service and solution provider, Helpline Group is a one-stop destination for all your international business services in Oman and other Gulf countries. As Bahrain has a strong legal and regulatory system, you would need support from a knowledgeable partner in the country to establish and operate your business easily.

Promise on Quality and Reliability

Legal Structures of the Company

There is a crucial step to decide the proper legal structure according to your nature of business proposed.
The Government of Bahrain allows the following legal structures of the company:

The foreign investors can form different types of LLCs in Bahrain:

The partners with similar responsibilities and liability to the extent of their personal wealth, can come together to form a General partnership company in Bahrain. There should be at least two partners and there is no maximum limit for the number of partners in such a company.

General Partners engaged in the managerial activities and with the liability extending to their personal wealth; along with the Limited Partners liable to the extent of their investment; can form a limited share partnership company. The business activities such as Banking, Insurance and Investments are not allowed for this type of business.

This type of company is formed by investors to gain managerial control over the subsidiaries, by investing more than 51 % of their capital share. As a subsidiary, holding company can form different types of businesses such as SPC, JPC or LLC.

Two organizations for entities working together on the common business objective can form a joint venture. This type of a company cannot enjoy the status of a legal entity. A Joint Venture can be dissolved on completion of the target, expiry of the contract or due to some other legal reasons.

Seek expert advice from us to take your business goals ahead

To know more about our services or in case if you have any queries, please leave a message on your left. You can talk to executives or get in touch with customer support team through WhatsApp, using the following numbers. Our associates would get back to you shortly to resolve your queries, understand your requirements and let you know what the best we can do for you.